Monero on Coinbase is still a dream for a lot of investors who use the popular trading platform. However, it may be a pipe dream. Despite servicing dozens of popular currencies and its competitors like Binance supporting Monero (XMR), Coinbase may never buy into the Monero network on its own system.

Read on to learn what Monero is and why this popular privacy coin may never be traded on Coinbase. Coinbase investors certainly want to diversify their cryptocurrency portfolio. However, they may not be able to use Monero to do it.

Privacy coins use the blockchain to create complete anonymity. Bitcoin may advertise its privacy, but privacy coins are truly anonymous crypto transactions that use the ledger to create an unlinkable record of your transaction. No one can trace these trades to either the receiver or trader of the coin. Of the few dozen true privacy coins out there, Monero or XMR is by far the largest.

Monero uses a Ring Confidential Transaction system to completely hide users on both sides of its transactions. Thus, as far as trust is concerned, Monero represents the top of the market. But some people may be wondering why privacy matters in crypto transactions.

The truth is that the major company players in today’s eCommerce – namely Amazon, Google, Facebook, and Microsoft – all make fortunes from personal data. As their ability to collect and process this information has increased with technology, so too has the question of privacy in modern eCommerce marketplaces. Government scrutiny into information privacy and security continues to grow as we move through the 21st century. These large companies continue to come under fire as a result.

Not everyone wants their private information to be monetized by companies that collect it. Data leverage has become a fortune-maker in this century. Even thoughts are commodities in the hands of the right company. Monero’s privacy mechanisms prevent large investors from falling prey to these systems.

Of the dozens of currencies listed on Coinbase, Monero remains conspicuously absent. One reason is that financial regulators go after privacy coin transactions, which can draw legal fire to Coinbase and cause costly disputes.

Coinbase is known for playing it safe. It includes new coins on its network only when they’ve proven themselves on an open market. This makes Monero a riskier investment that forward-thinking trading platforms like Kraken and Binance are more than happy to include. However, Coinbase’s reputation for security has made them wary of Monero for now, particularly after Monero became the payment of choice for hackers infiltrating networks with fake crypto giveaways.

The Takeaway: The Future of Monero on Coinbase

Monero on Coinbase may not be a reality at present. However, Coinbase’s regulators and security paradigms may adapt to include more privacy coins in the near future. As we develop more technology against crypto scammers and hackers as well as adapt networks to new forms of currency, investors may yet see XMR supported by Coinbase. For now, other trading platforms will have to do. 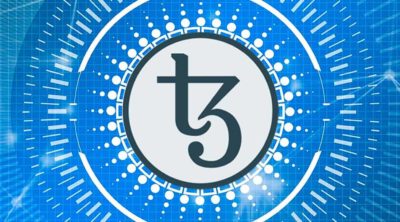