In an esoteric corner of the Internet, where a seemingly diverse group of “amateur” equities and options traders talk shop, present their favorite stock theses, and more than occasionally throw out language that would most definitely not be considered politically correct by any standard, there is a revolution afoot. Or so it seems. Such is the day-to-day on the subreddit dubbed “Wall Street Bets“, where newly-minted millionaires mingle with “stock bros” and newbies who are just opening their first brokerage accounts.

For months, Wall Street Bets (WSB) has been focused on stocks that are so out of favor that, in some instances, positions are taken (or “bets” are made) on companies that have filed for bankruptcy. The Hertz mania that erupted on WSB last year spilled into the mainstream media, with Wall Street professionals shaking their heads at the supposed insanity of pumping up the value of a seemingly worthless – or nearly so – company. What remains true, however, is that some people on WSB made quite a bit of money on those trades. Turns out, they’re probably just playing the same game that Wall Street insiders and hedge fund managers have been playing for years.

The perfect example of what’s going on within WSB and the financial media landscape can be illustrated by what’s been happening with Gamestop over the past several months and, more to the point, the past several days. A rockstar Reddit user who who goes by the handle “DeepFuckingValue” (who we’ll henceforth refer to as “Value”) has been speculating on Gamestop (Ticker: GME) since 2019 with various call options. For the uninitiated, purchasing “call” options gives the purchaser the right to purchase the underlying security (shares of stock) at a given price on or before a defined date in the future. In essence, this is simply a potentially more lucrative and sophisticated method of investing (betting) that the stock’s price will go up. Simple as that.

Soon, Value’s regular posts showing gains started to capture the imagination of others on the boards and discussion around Gamestop took off. It turns out that Value’s thesis for purchasing these call options was well-developed and indicated a level of analysis that may be expected in the hallowed halls of Wall Street rather than…wherever Value actually is. Some users on WSB agreed, and followed along, and some reached their own, similar conclusions about Gamestop. Some slight momentum (“Momo” in the popular technical analysis parlance) began to build.

It should also be mentioned that there is a tendency among the the WSB crowd to coalesce around once-popular names that have fallen out of favor but still bring an element of nostalgia with them. For many aging gamers, Gamestop is just such a play.

This is where it gets interesting. Some hedge funds – investment companies that invest on behalf of high-net-worth clients – began to “short” Gamestop. You’re not alone if you don’t know what that means, but it’s also a fairly simple concept once explained. In short (with no pun intended), those looking to bet against a company/stock will “short” it by borrowing shares of the stock and selling them. They have to pay to borrow the shares by maintaining a given balance in their brokerage accounts, but there is an element of leverage in this trade since they do not have to pay the full price of the shares to purchase them.

So far so good, and this is a play that hedge funds have been engaged in for years. In fact, it’s fairly well understood that large funds will move markets in certain equities at will, and many times short positions will cause others who have invested in the stock (referred to as being “long” that stock) to lose money. Sometimes a LOT of money. For the most part, those bag holders tend to be individual or “retail” investors, since the “professionals” already know what’s going on with the markets and what games their counterparts are engaged in.

But sometimes things don’t quite work out that way. It’s rare, since the deck is stacked heavily in favor of insiders and the banking class. But it can happen and Gamestop is perhaps one of the most lovely examples ever of this playing out. But we digress…

Certain hedge funds took those short positions in Gamestop, and it seems that many on WSB noticed. But they noticed something else that is very, very important. There are three terms to understand here that are key – “shares outstanding,” “float,” and “short float.”

Shares Outstanding is simply the number of shares a company has issued. That’s it. “Float” however, is the number of shares that are publicly owned, unrestricted, and available to trade on the open market. Basically, shares that aren’t owned by company insiders or otherwise locked up. Finally, the “short float” – sometimes referred to as float short, or short float percentage – is the ratio of the float that has been borrowed to execute a short trade. So, those hedge funds we mentioned are borrowing from the float and the more shares they borrow, the higher the “short float” goes, in percentage terms.

The final piece of the puzzle here is that companies that have a wide disparity between shares outstanding and float make it easy for those shorting a stock to locate shares to buy in the event that the price starts going up, counter to their bets that it will go down. Purchasing shares to close out a short position is called “covering,” which simply means that you’re buying enough shares to “cover,” or close, your short position. That wide gap between the two numbers means that the “big boys” will go rooting around in boardrooms, clubs, and golf courses to meet with those who may be able to get some of those hidden shares into their hands.

However, when all (or nearly all) of the shares outstanding are out and publicly traded – so that the shares outstanding and float are fairly close in number – that means the public actually can play too. Not just the banker class. In the case of Gamestop, the vast majority of the shares outstanding are included in the float. This puts the banksters and hedge funds on more equal footing with the investing public. That means that a concerted effort by retail investors all buying the same stock could put upward pressure on the stock’s price. As the price rises, those hedge funds shorting it must either put up more collateral for their loan (they borrowed the stock itself) or buy shares to cover. Well…they did buy shares to cover, and the demand for shares (many of which don’t exist, mind you), continued to drive the price up even further.

Naked Shorts are Illegal (But Only for You and Me)

Ok, ok…just one more term to know. “Naked short” refers to a situation where the number of shares borrowed as part of a short trade is actually HIGHER than the float. This is illegal, and has been since the last time the banksters nearly blew up the world. But if you run in certain circles and have high-paid lawyers, there are ways around pretty much anything. Case in point – the Short Float on GME was over 140% as of January 27, meaning that of all the shares available for trading, every single one of them had been borrowed…plus another 40%. Basically, the hedge fund boys were borrowing shares that didn’t exist.

The folks over at WSB have a “YOLO” thread where they share returns. Value, our hero from just a few hundred words ago, recently showed an account worth over $47 million. Many, many others among the WSB group, and others who learned about their favorite trade elsewhere on the web, were also making quite a bit of money. At the same time, those hedge funds that went short and were met with a wall of retail dollars in the opposite direction…they didn’t do so well.

Financial Reporters and Powers That Be Have a Coronary

Apoplectic regulators and financial news reporters breathlessly expounded on the “dangers” to retail investors in engaging in this sort of activity. The most recent call, coming from Massachusetts Secretary of the Commonwealth William Galvin, is to halt trading in GME for 30 days. To be clear, there is exactly ONE reason to halt trading in GME. It is to give hedge funds and other big, professional investors with short positions in GME an opportunity to locate shares to buy to cover their positions and, more to the point, to act as a huge “circuit breaker” on the Reddit-driven momentum. It is an example of politicians, regulators, and bureaucrats working together with the ultra-wealthy financiers to make sure the system remains rigged in their favor.

Robinhood Robbing from the Poor and Giving to the Rich?

Oh, the irony. Robinhood, the darling of newbie investors and the WSB veterans alike, announced today, January 28, that it would halt trading in GME. Similar moves have been made by other brokerages popular with retail investors, but professional trading shops still have full access to the markets. Put bluntly – the markets are closed to you and me. But open to the big boys. Here’s the first line of Robinhood’s intro blurb on Twitter:

But Wait…It Gets Better

It turns out that one of the hedge funds that took a big short position in GME was Melvin Capital. Among Melvin’s big investors are Citadel, a market clearing company that executes trades for numerous brokerages, and Point72. Finally, guess which company executes all the trades that come through the Robinhood platform?

And, in case you all were wondering what the hell this article has to do with cryptocurrencies? Well, obviously it’s a commentary on how and why the current financial system is broken. We need a new one, or least one that puts pressure on the boys at the top to do the right thing. 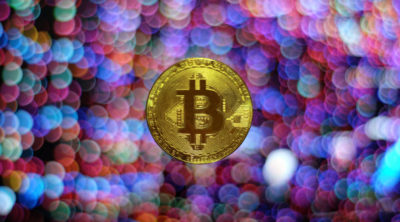 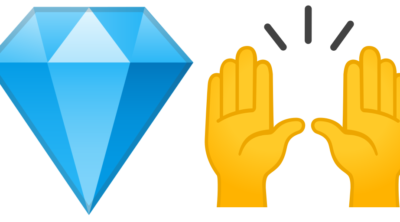 Any Talk of Fundamentals on $GME is Silly 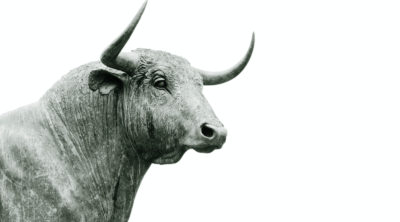