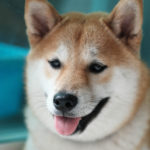 Dogecoin, the meme-based cryptocurrency that has no apparent utility outside being the central figure in a long-running and very popular meme, has been mentioned more on Twitter over the past 24 hours than any other cryptocurrency. But that's not all - that volume of mentions was actually the most mentions for any cryptocurrency EVER on Twitter. That includes Bitcoin and Ether, … END_OF_DOCUMENT_TOKEN_TO_BE_REPLACED